To what extent can you ‘build’ a high quality university from the ground up? Hard to say, but as long as you got plenty of oil money, why not try? The Saudi government is embarking on a very ambitious project and puts its billions behind Western-Style Higher Education. But Nature questions whether one of the fundamental principles of a ‘western style’ university (or in my opinion, any university) applies in Saudi Arabia and asks whether a Saudi university can think freely? Ziauddin Sardar, a UK-based writer, is skeptical:

“The bureaucratic police state will no doubt buy the best scientific equipment and personnel that money can buy. But it cannot provide the atmosphere of criticism and openness that scientific research needs to flourish.”

Saudi Arabia does not exactly have a long history of higher education. Even though oil production transformed the country into one of the richest in the world, the higher education system has not kept pace. In 1975 a Ministry of Higher Education was established, but it took until this century before serious investments were made in the creation of universities and colleges. Royal oil dollars are now pored into the system in order to create their own Yales and Harvards:

King Abdullah has provided $10-billion of his own money to establish a graduate-level science-and-technology university, instantly making it the sixth wealthiest university in the world. And the government has lifted a decades-old ban on private institutions, offering free land and more than $10-million toward scholarships and building costs for what they hope will become the Harvards and Yales of the Middle East. 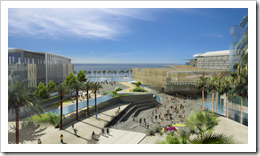 But the Chronicle article agrees that a bottomless bank account might not be the only ingredient needed for a top-notch education system. Saudi Arabia obviously is not a country where knowledge and information travels freely. Other problems for which solutions cannot simply be bought nor copied are the existence of a class room culture where rote learning is stressed over innovative and creative thinking, the existence of a system with a serious lack of attention for research and institutions where career advancement is more related to political ties than academic merit. In addition, the country has shown to be more interested in producing imams instead of the businessmen or scientists that the economy needs.

But things will change in the new King Abdullah University of Science and Technology (KAUST). According to Ali Al-Naimi, the minister for petroleum and mineral resources and the official who will head this new project, the university will have an unprecedented level of independence. “Life on campus will be free. Scholars can dream, think, and innovate with a lot of freedom”, according to Al Naimi.

In developing the university, the government has hired an international advisory team consisting of – among others – the president emeritus of Cornell and the rector of Imperial College London. But it’s not just in the public sector that serious investments are made to create new ‘western-style’ universities:

Al-Faisal University, which is being developed by the King Faisal Foundation, an organization endowed by the sons of the former Saudi king to promote education in the kingdom, is one of the first private universities to receive permission to open and one of the few nonprofit private institutions in the country. Like King Abdullah University, it is modeling itself on Western universities, with help from Western scholars.

In the case of Al-Faisal University, Harvard Medical International (affiliated with Harvard Medical School) will be involved in the creation of the medical school, while the University of Cambridge and MIT will be designing the engineering programme.

One major issue in the establishment of these two new institutions is the gender issue. Both Al-Faisal University and King Abdullah University will become co-educational institutions. For Al-Faisal however this seems to be a stretchable concept:

Unlike at King Abdullah University, though, men and women will not be allowed to interact, in accordance with the country’s legally mandated gender segregation. The university will have split-level classrooms, where women attend the same lectures as men but from balconies surrounded by one-way glass.

An underground entrance for women — dropped off by their drivers — will lead directly to stairwells, elevators, and floors strictly segregated by gender. But since even those accommodations would raise many eyebrows in Saudi Arabia, Al-Faisal is starting with male students only to gain social credibility first.

Also for the recruitment of staff, the gender segregation might become an issue. Nature anticipates on this issue by questioning the search for KAUST’s president, to be selected by an international committee:

What if the committee chooses a woman? “The search is merit-based; if a woman is the best candidate we will have no problem with that,” says Mohammed Mulla, a university spokesman.

Members of the search committee say that it may be difficult to find a woman willing to take the post, given the severe restrictions placed on women in the kingdom, but insist that if there is any interference in their choice they will resign.

I guess you can hire experts from MIT and Cambridge, you can model yourself after Harvard and Yale, you can invest billions of oil dollars, but I wonder whether you can create a ‘western style university’ (or any university) when ideas and information have to travel through ceilings and one-way windows… On the other hand, such changes don’t come overnight. But I guess it’s a start.