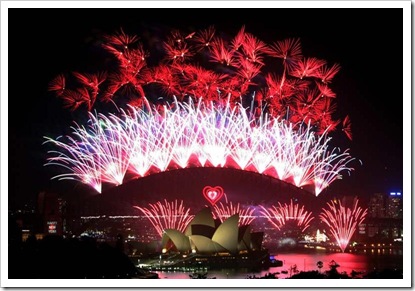 In a Nature commentary Barbara Sahakian & Sharon Morein-Zamir (University of Cambridge) discuss the use of cognitive-enhancing drugs in order to boost brainpower. And of course, these ‘Professor’s little helpers’ are also penetrating those places where the brains are (or should be) most heavily used: academia.

For many, it seems that the immediate and tangible benefits of taking these drugs are more persuasive than concerns about legal status and adverse effects. There are clear trends suggesting that the use of stimulants such as methylphenidate on college campuses is on the rise, and is becoming more commonplace in ever younger students. Universities may have to decide whether to ban drug use altogether, or to tolerate it in some situations (whether to enable all-night study sessions or to boost alertness during lectures).

But it’s not just the students. Pills also provide brain boost for academics, according to an article in the Times Higher Education Supplement earlier this year:

Feeling under intense pressure to improve your performance at work? Fatigued by the growing demands of a 24/7 society? These are occupational hazards affecting many of today’s academics.

But the suggestion that an individual’s performance can be improved, and tiredness overcome, simply by popping a pill can shock even those academics who have studied the effects of so-called smart drugs.

According to the THES, no major studies have yet been conducted in the UK to discover the extent to which smart drugs are being used by academics or students. The Times Higher made a journey around British academia to poll the opinions and attitudes about the use of cognitive-enhancing drugs in academia. Here are a few quotes:

END_OF_DOCUMENT_TOKEN_TO_BE_REPLACED

Earlier this year Daniel Drezner discussed why there will never be a reality show about academia. Well… this is not reality, but pretty funny nevertheless. The Office Department: a merger between the Kennedy School of Government and the Government Department at Harvard.

They (Kennedy School of Government) want to go and save the world. What we (Government Department) want to do is save the political science profession. I don’t know which job is tougher. Probably the latter.

A remarkable letter in today’s correspondence section of Nature. For some odd reason, a group of scientists from Oxford and the National University of Singapore thought it would be a good idea to investigate the level of research activity of scientists during the holidays.

In order to find out how many submissions were made to academic journals on Christmas Day between 1996 and 2006, Richard Ladle, Ana Malhado and Peter Todd searched Google Scholar for articles received on 25 December. Even taking into account the overall increase in the volume of submissions, there were about 600% more manuscripts received by journals on 25 December in 2006 than in 1996. 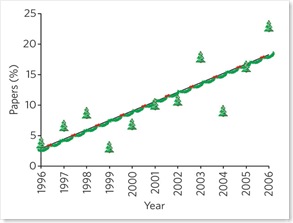 Proportion of published papers submitted on 25 December relative to mean number submitted on the 25th of the month (excluding weekends) for all other months in that calendar year. R2 = 0.69.

END_OF_DOCUMENT_TOKEN_TO_BE_REPLACED

The 258 page report presents a good analysis of the current situation and puts forward some sound policy recommendations. Most of these are in line with my own observations and my field work that I conducted in Malaysia last year. Below is an executive summary of the executive summary and a few additional thoughts and observations coming from my side:

END_OF_DOCUMENT_TOKEN_TO_BE_REPLACED

I mentioned before that it has been difficult to find out the real reasons for the UNSW Asia closure in Singapore in May this year. The University of New South Wales has not exactly followed a transparent strategy in this issue (for my interpretation of the events, look at this post).

A similar level of secrecy seems to be applied to the further handling of the case. This week the Singapore Straits Times reported that the University of New South Wales has agreed to repay some 25 million Australian dollars to Singapore.

The Singapore Economic Development Board said that UNSW has signed a ‘settlement agreement in respect of all outstanding loans and grants payable to the Singapore Government’. Both parties (EDB and UNSW) however declined to comment since they ‘are bound by the terms of agreement which are confidential’.

This makes the issue that I put forward earlier even more pressing. How do we deal with the private ventures of public institutions? Shouldn’t a public university be held publicly accountable for its risky private operations overseas? Clearly, transparency and public accountability are not high on the priority list in the aftermath of the UNSW Asia debacle…

Is it the great food with the wonderful local wines? Is it the amazing scenery? Is it the people? Why is Portugal, and Lisbon in particular, such a good place to come to an agreement? At least, that’s what you’re bound to conclude if you consider the amount of recent international documents named "The Lisbon …"

Having just spent a week in Portugal (Aveiro) to teach a course on Globalisation and the Knowledge Society for an Erasmus Mundus programme in Higher Education, I conclude it must be a combination of them. The great Portuguese atmosphere has in the past ten years led to a wide range of global and European decisions taken in Lisbon. The only problem with this is that it also leads to a great deal of confusion about all these agreements. So what are The Lisbon Convention, The Lisbon Agenda, The Lisbon Treaty and the Lisbon Declaration all about?

END_OF_DOCUMENT_TOKEN_TO_BE_REPLACED

Even though I am currently in Europe – the Netherlands and Portugal to be exact – I have been following the developments Down Under closely. The victory of Kevin Rudd and his Labor Party cannot exactly be called a surprise, with Labor having led the polls ever since Rudd became leader of the opposition. But what is the meaning of this new leadership for Australian higher education? Will Rudd’s election really bring about the ‘Education Revolution’ that he promised?

First of all, I’m happy that there is a change! After more than 11 years of Howard’s policies, it felt like any change was welcome. But what change is Rudd’s education revolution going to bring? Until a week before the election, Labor’s education revolution has remained full of empty rhetoric. It took until the 14th of November to unveil the plans for the revolution, but I had serious doubt whether these plans could be termed a ‘revolution’. No far reaching changes were proposed for the education revolution, at east not for higher education. The ‘revolution’ basically  was limited to some fellowships and an expansion of the scholarship programme.

One other issue in the Labor agenda was the abolishment of full-fee undergraduate places at public universities. Although this might fall nicely in the Labor tradition, it remains to be seen what it’s effects will be. Andrew Norton and others point to a few issues that need to be raised in this respect.  First of all, the compensation universities will get for this will not cover the loss of income. A possible result of this would be that the universities are even more exposed to pressures to recruit international students and become even more dependent on this market. Not something the Australian universities need at this point in time. And in addition it might even lead to further skill shortages if the self funded places are not replaced by government funded places. Or as Norton puts it:

if Labor in power did not swap those full-fee places with funded places, skills shortages could worsen and universities left with spare capacity would try to recruit foreign students. These would be strange outcomes for a Labor policy advanced on equity grounds.