While walking through Darling Harbour yesterday – visiting the Fiesta Festival – I had a look at the Earth From Above exhibition by Yann Arthus-Bertrand. Some of you might have already seen it since the exhibition has been traveling around the world the past years. I thought it was pretty amazing…

Below are a few of my favorites. Click on the pictures to see the larger versions and the stories that go with them, or go here to see them all. 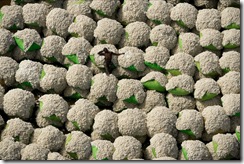 END_OF_DOCUMENT_TOKEN_TO_BE_REPLACED

I noticed that it has been exactly 2 years ago today that my blog went to air. Happy birthday! And another milestone occurred at September 1st when Beerkens’ Blog welcomed its 100,000th visitor.

Some more stats? Busiest day was on May 24th 2007. Most visited post was the one on the UNSW Asia debacle followed by the one on international university rankings and reactivity and my critical analysis of the economics of selective knowledge…

While the rest of the world is concerned with petty issues like the quality of education, access to education, excellence in education, etc, some enlightened patriots with a judaeo-christian heritage xenophobic Dutch Members of Parliament see to it that their Ministry of Education deals with the questions that really matter. Here’s a translation of the formal letter to the deputy minister of education [pdf]:

Questions of Members Wilders and Bosma for the Deputy Minister of Education, Culture and Sciences, Mrs. Bijsterveldt-Vliegenthart about Halal-meals during a school outing of an ROC (ROC stands for Regional Vociational Schools):

For people who think this is a joke: unfortunately IT’S NOT! This is apparently what really matters in Dutch education, according to Geert Wilders and his disciples.

Let’s raise the dikes, close the gates, shut down the kebab joints, pizzerias and noodlehouses and enjoy the brussels sprouts and meatbals!

END_OF_DOCUMENT_TOKEN_TO_BE_REPLACED

The Economist has taken the initiative to start a debate series. In the series, a range of topics will be debated in the Oxford 2.0 style. The first topic being debated is… Education. And you can decide on the topic that’s being discussed.

Five propositions that the Economist sees the most far-reaching and divisive aspects of the education debate, are short-listed . It covers a variety of topics ranging from the place of foreign students to the global digital divide to private contributions in higher ed.

Here are the 5 selected propositions:

END_OF_DOCUMENT_TOKEN_TO_BE_REPLACED

Nottingham owns a 37.5 per cent share in the Ningbo campus, a joint venture with the state-owned Wanli Education Group. Wanli provided the infrastructure, worth £14 million. Nottingham has spent a further £5.3 million in its Malaysia campus, in which it owns 29.1 per cent of the shares.

A spokesman for Nottingham said that the university’s current deficit of Pounds 8 million on a £345.9 million income was not tied directly to the China and Malaysia developments, as it had spent more than £200 million over the past decade on infrastructure in Nottingham as well as abroad.

“We confidently expect handsome surpluses from China and Malaysia within five years at most. We estimate that the campuses in Malaysia and China already have a combined value of £150 million. That’s a pretty phenomenal return on a £40 million investment – of which we contributed less than 25 per cent,” he said.